My Vacation in Orlando 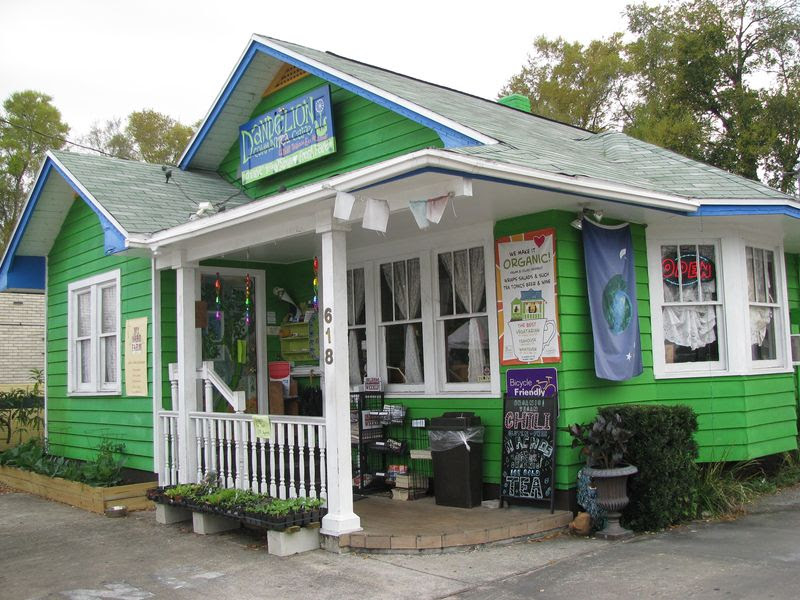 Got back recently from a successful show at Dandelion Communitea Cafe in Orlando FL, where I spent all last week at. Beneath all the tourist attractions like Disney World and Universal Studios, lies cool little local hang-out spots to check out the local live music and arts scene.


The venue where I played my show, Dandelion Communitea Café, I call this place "Orlando's Best Kept Secret!" This vegan organic teahouse is a quiet, quaint, comfy, hip, and trendy remolded one-story house, so it has that comfy feel and you feel like you’re right at home in your living room. I also like how this place is more than just a business only concerned about making a profit for themselves. This place serves as a focal community hang-out spot, where they host weekly local live music, drum circles, yoga workshop, and other events. They are also eco/environmentally conscious, try to promote green living, and usage of compost. 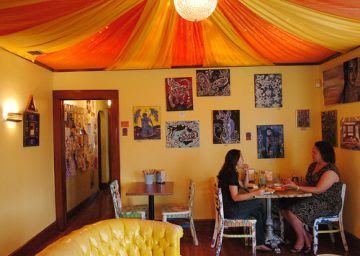 The food here is good (and healthy), flavorful, full of unique spices and condiments, which comes to a surprise as I am not a vegan/vegetarian. Their burritos are as filling as a Chipotle burrito, hand-pressed like a Panini to give it a warm crunch exterior, and filled with unique tasty items like seeds I've never had before. I strongly recommend the "whirled peas," which is like an avocado dish but healthier while flavorful.

Someone did a video documentary on this nice little place, which pretty much summarizes the character of this place: http://vimeo.com/4663254

Another place I hung out a lot was Natura Café. A great chill hang out spot nearby the University of Central Florida, this place really seems interested in promoting the arts and culture to the college kids near UCF, and it's mostly nearby UCF college kids who are patrons of this place. They have original music 7 days a week, and I even saw on their music calendar a chapman stick player, whom I unfortunately missed. They have open mic twice a week, which is always packed, and originals only, which is good for encouraging creativity. There should be more places like Natura near colleges throughout the country, as it's great to see college kids engaging in the creative arts, rather than killing brain cells at a frat party.

The venue, however, is not a complete listening room, which is ideal for musicians who want a respectful crowd. When the audience is small, around 10-15 peeps, they are quiet and fully attentive to the music onstage. However, when the place starts getting packed, unfortunately, there's lots of chit-chat, side conversation, and noise in the audience as the performers are playing. However, most places in the country are like this, and the venue is already doing a great job at trying to promote local original music.

They also have great hookah specials. It cost $11 regularly, but during happy hour, they have half-off hookah, amounting to a total cost of $5.50! This is super cheap compared to where I live (DC/Baltimore), where hookah joints charge $15-20 per shisha on average. 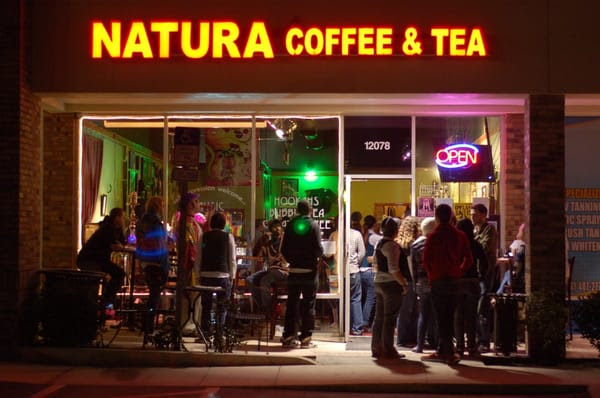 I also did some exploring at Downtown Disney, a large outdoor shopping mall right outside of Disney World, full of gift shops. I caught this incredible flamenco player, Nicholas Marks, at Pleasure Island. Not to use a cliché, but he’s the Hendrix of flamenco guitar. This fiery showman flips his guitar in the air, plays behind his head, upside down, sideways, lap-style, twirls his guitar around, you name it, all while churning out blistering flamenco licks and impeccable rhythmic strumming over a prerecorded jamtrack, to get the audience dancing and grooving. Apparently, he plays EVERYNIGHT for FREE at Pleasure Island, so be sure to catch him if you’re ever in Orlando: